Listening to art. Playing with audio. Sounding out technology. Composing in code. Rewinding the soundscape.

Alan Morse Davies on the Verge Between Song and Sound (MP3s) 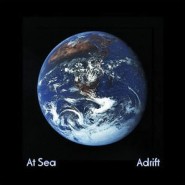 Alan Morse Davies has been posting some his earlier recordings, most recently Adrift, a collection of work from 1990 through 1994. It alternates been dreamy lo-fi folk pop that’s lost in a haze, favorably akin Robert Wyatt or Syd Barrett, and these little snippets of song-less ambient experimentation. The highlight is “Indigo Carmine,” a spine-tingling layering of female singing, slight beading of adjacent tones and weird sense of echo-induced premonitions and instant hindsight (MP3); for longtime Davies listeners, it’s a fascinating preview of the work in later years he’d do with indigenous folksong. “Salvia” is a slow procedure of cyborg humming (MP3), and “Drone Thing” a splendidly peculiar mix of attenuated chords that are broken up with rhythmic gaps (MP3). There’s great material throughout, and the pop songs show evidence of the inventive sonic tinkering that is the focus elsewhere, like the raspy feedback that comes across like a lost Robert Fripp guitar solo on the dolorous “Sunshine Life”

Where the action was – or, more to the point, the enjoyable inaction 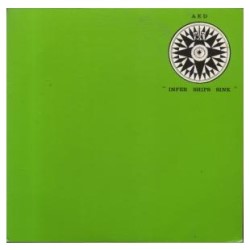 Alan Morse Davies has been posting some of his earliest work recently. He’s associated with the process of slowing down, though his work is often more complicated than simply the mechanical action of reducing the pace of his source material. A single dating from 1984, released under the moniker AED, shows him on the gentle side of things from early on. By his telling, the single made it onto the John Peel show, and sold some 17,000 copies. The A side, “Infer Ships Sink,” has a British folk feel to it, with hints of Robert Wyatt and, perhaps, Syd Barrett. The B side is where the action was — or, more to the point, the enjoyable inaction. Titled “Emporium Halls Pt. 4,” it’s described by him in his post briefly as “layered slowed down birdsong” (MP3). The overall effect is gothic and funereal, and delectable. The layering yields a cycling pattern that manages to be both anxious and muted.

Track originally posted at alanmorsedavies.wordpress.com. Image of the cover of the single, above, from the great resource that is discogs.com.

When Alan Morse Davies slows down pre-existing music, he finds entirely new music buried in the original. His version of the standard “Gloomy Sunday” takes an already downbeat affair, and then turns it into something worthy of a silent movie’s score — the very intersection of melodrama and expressionism. Most of the elements here are recognizable yet transformed, the strings a miasma of dread, the backing vocals a suffocating threat, the lead vocal something Gothic and right out of Bauhaus (MP3). The original was reportedly the version by Paul Whiteman with Johnny Hauser, from 1936.

He may have taken a break, but he’s returned twofold.

Over at alanmorsedavies.wordpress.com, Alan Morse Davies has begun, anew, his occasional audio postings, having uploaded today a pair, his first new additions to the site since early May.

“The Beauty of a Place When Everyone Cruel Is Still Sleeping” is an exercise in what he describes as “abstract slowness,” a haunting wall of moan that, it turns out, was originally birdsong — rendered eminently ghostly when Davies reduced the tape speed to (by his approximation) 1/64th its original pace (MP3). Meanwhile, “The Sontaran Experiment in the Style of JÃ³hann JÃ³hannsson” is just that: a good-natured attempt at the mix of symphonic classicism and full-throttle drone characterizes the work of the composer in question (MP3).

Heard in tandem, the pair of Davies tracks brings to mind — between the glacial pace of the first and the melancholy melodicism of the second — the manipulated 78rpm recordings that made such an impression when Davies posted them last year (disquiet.com).

Welsh composer Alan Morse Davies has joined Taylor Deupree (disquiet.com), Justin Hardison (disquiet.com), and others in posting regular sounds on a scheduled basis, as a kind of sonic diary. On Monday of this week he launched his “I Make Today” series, which he summed up via Twitter (at twitter.com/stuffedspacedog) in a pair of posts — Twitter only allows for 140 characters per post, so it makes sense more than one post is necessary for a proper announcement:

Launching a new series of music pieces called “I Make Today”, one a day for the next year starting Monday. Links to follow.

“I Make Today” is designed to make me operate in the moment. My mind is already doing mental gymnastics to avoid it, and that’s the point.

Despite its title, the series’s debut, “Venice and the Two-Stroke Outboard Engine,” is not an extended field recording. Characteristic for Davies, it appears to be a reworking of existing sounds, perhaps choral vocals attenuated and layered with acoustic percussion — an Old World/New World amalgam that brings to mind Ennio Morricone’s score to The Mission (MP3). The second entry, “Pygmy Polyphonics (Protracted)” (MP3), likewise takes existing vocals and stretches them to the breaking point, until they’re spread thin and rendered ethereal. The third, released today, “Olga Samaroff’s Grief, Greta Garbo as Thief,” is instrumental in its source material, a quietly dramatic foray into a liminal orchestral state (MP3).
[audio:http://www.at-sea.com/today/1%20-%20Venice%20and%20the%20Two-Stroke%20Outboard%20Engine.mp3|titles=”Venice and the Two-Stroke Outboard Engine”|artists=Alan Morse Davies] [audio:http://www.at-sea.com/today/2%20-%20Pygmy%20Polyphonics%20%28Protracted%29.mp3|titles=”Pygmy Polyphonics (Protracted)”|artists=Alan Morse Davies]

PS: When I first published this, there was no no apparent RSS feed for the series, except through Davies’s Twitter account. The home page for the project was at-sea.com/today.htm, and the MP3 link for the “Greta Garbo” track didn’t work in the Flash-based streaming-MP3 player. That’s all changed. Here’s the track for streaming:

And the project’s now housed at alanmorsedavies.wordpress.com, which has a proper RSS feed.